The Coven of Lestat

That what began like a solo project from the side of the vocalist Lestat transforms into a band that looks for musical innovation, the creation of a new stile. 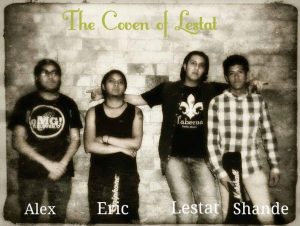 “HALF BLOOD METAL” is the denomination of the mix of all the branches of this wonderful genre will be maken known with their first album “Inmortal” at the end of 2019.

The band has different influences that go from the Rock’N’Roll of the 60’s, the Progressive, Rock/Pop, Hard Rock, Gothic, Heavy and Power Metal, to the more agressive like Hardcore, Trash, Death and Black Metal, without forgetting the valious national Rock.

This band is, a part from breaking schematics and barriers between the different styles and substyles,ready to fight with all its power to show how good quality of things in Mexiko is,breaking the characteristics stigma of Mexicans in the foreing.

This proyect arises from the above nominated ideology in August 2018, focused directly and totally in the development of new amd original music, looking for his members between the talent and the passion for making music, persons with borned talent disposed to exploit it completely. 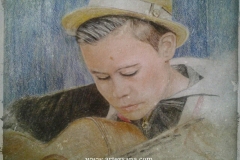 arteXsana – physical and spiritual healing from Mexiko. Recommend us to your friends. We thank you!